When compared with much of the country, Colorado has relatively high rates of substance use, and the numbers suggest that there may be many people in the state in need of addiction treatment. Addiction tends to get worse the longer it goes untreated, and people who abuse drugs and alcohol over time are at risk of serious health consequences, legal and financial trouble, strained relationships with loved ones, and even death from overdose or other complications. Use the listing below to find a drug and alcohol rehab center in Colorado and get help now to prevent harm to yourself and others, and experience life free from addiction.

Most of the rehab centers in Colorado accept insurance, check whether your insurance covers rehab treatment.

Does Your Insurance Cover Treatment in Colorado?

Anthem Insurance for Alcohol and Drug Addiction Treatment in Colorado

Colorado is known for its beautiful natural scenery, wildlife, and the wide variety of activities available to residents and visitors alike. Substance misuse is a serious problem throughout the United States, including in Colorado. Between 2017 and 2019, 4.6% of Colorado residents over the age of 12 misused prescription pain relievers in the previous year.1 In addition, 8.5% of Coloradans age 12 and older struggled with alcohol use disorder in that same timeframe.

If you struggle with substance misuse and are looking for a way to change your life, it’s essential to get professional treatment. You might wonder if you can use Anthem coverage for drug and alcohol rehab in Colorado. Fortunately, using Anthem for addiction treatment in Colorado can get you the help you need.

Using Anthem Blue Cross and Blue Shield for rehab in Colorado is easier than you might think. The Affordable Care Act (ACA) is a law that made significant changes to how health insurers offer coverage. In particular, all long-term health insurance plans must cover 10 essential benefits, which include mental health and substance use treatment.2

The amount of coverage varies based on your plan. To instantly check your insurance coverage, contact us via phone or chat. We can let you know what to expect in just a few minutes.

Breaking free from substance misuse is one of the bravest things you can do. We’d love to help you get started. Contact us today at 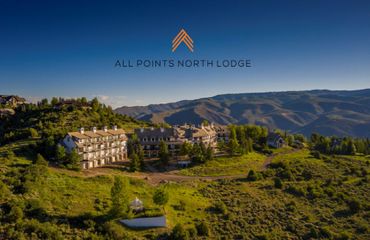 Substance Abuse Assessments for Drug and Alcohol Addiction in Colorado

Recovery and Aftercare in Colorado:

Get Help with the AAC Team in Colorado

Get Help with AAC Team in Colorado Information about rehab in Colorado

According to the 2013-2014 Substance Abuse and Mental Health Services Administration’s (SAMHSA) National Survey on Drug Use and Health, Colorado was the only state that ranked in the top 10 for heavy consumption of all of the following: marijuana, cocaine, alcohol, and opioid painkillers.1

In the 2014-2015 SAMHSA survey, the number of Colorado residents age 12 and older who reported using certain substances in the past year was above—and in some cases well above— the national average: 2–4

Recreational marijuana was legalized for sale on Jan. 1, 2014. According to a report from the Colorado Department of Public Health, an estimated 31% of young adults used marijuana at least once in the last 30 days in 2014 compared to 21% in 2006. About 12.6% of adolescents between the ages of 12 and 17 reported using marijuana within the last 30 days in 2014 compared to 10.2% in 2009.6 Despite its state-wide legal status, marijuana remains illegal at the federal level, and researchers have found evidence that problem use can develop into physical dependence.7

Getting Addiction Treatment Help in CO

Finding the right “fit” in terms of treatment will depend on your insurance, medical situation, substance of abuse, addiction history, and support system. The best program for you could be in your hometown, or it could be in another state.

Whether you call Colorado home or have chosen it as your destination for rehab, we can help you take the first step toward healing from addiction. Browse through our directory to see options for inpatient and outpatient treatment centers, and the amenities they offer. Or you can give us a call today at to speak with a support specialist about any questions you may have.

Where Else Can I Find Help in CO?

If you don’t have health insurance or are afraid you can’t cover the cost of rehab, don’t worry. Other options exist.

Get in touch with drug and alcohol rehab centers you’re interested in and ask whether they have sliding scale payment programs that modify the cost based on what you can pay. Many treatment facilities will also work out a payment installment plan with you, so you can avoid paying a lump sum up-front.

You can also research state-funded rehabs or see if you qualify for federal and state healthcare programs such as Medicare or Medicaid. Some recovery centers accept these forms of insurance.

Learn more about treatment with these health insurance providers: