Many people believe that using medication in the treatment of substance use disorders is trading one addiction for another. However, according to the Substance Abuse and Mental Health Services Administration (SAMHSA), use of FDA-approved medications in combination with evidence-based therapies can be effective in the treatment of addiction and may help recovering users stay in treatment longer, extending periods of sobriety and paving the way for successful recovery.

This combination of therapies is known as medication-assisted treatment, or MAT.

MAT is commonly integrated into treatment for opioid and alcohol substance use disorders.

What Is Medication-Assisted Treatment (MAT)?

Addiction and the recovery process are commonly marked by strong cravings to use even after successful completion of detox and treatment. These cravings, a normal occurrence for those struggling to get and stay clean, can interfere with treatment and increase the risk of relapse. Fortunately, certain medications have proven very successful in helping to stave off these cravings and promoting abstinence.

The combination of medications with therapies that teach the recovering user how to manage cravings and triggers for relapse on a cognitive/emotional level promotes extended periods of sobriety.

Types of Medications Used in MAT

There are many different medications that are prescribed to treat two major drugs of addiction: opioids and alcohol.

There are currently no FDA-approved medications used to treat other types of drug addiction, such as methamphetamine, marijuana, or cocaine dependence.

Below are some of the most commonly prescribed drugs used for the treatment of opioid or alcohol dependence.

Buprenorphine, which is a partial opioid agonist, is used to treat someone who is addicted to an opioid – whether the substance being abused is heroin or a prescription painkiller, such as OxyContin or Vicodin. Of the few medications used for opioid dependence, buprenorphine is the first that can be prescribed for and obtained directly from the doctor’s office. To date, other drugs used to treat opioid dependency – such as methadone – can only be administered in clinics.

This increased access for buprenorphine reflects a change in the level of urgency that the opioid epidemic presents to the medical community – one that demands broadened patient access to opioid dependency medication and other forms of treatment.

Buprenorphine isn’t prescribed in isolation; it’s one component of a comprehensive recovery program designed to address the patient’s individual needs.

When used properly, these buprenorphine-containing medications can both alleviate unpleasant opioid withdrawal and decrease associated cravings.

These medications are also difficult to overdose on, due to the ceiling effect that buprenorphine has (and to the opioid antagonism of naloxone, in the combination formulations). Once you reach a certain dose, the effects plateau and don’t increase with higher doses.

Buprenorphine is found under a number of different trade names including:

Be advised that buprenorphine can have some adverse side effects, such as:

Since this medication is a partial opioid agonist, the side effects are similar to those of other opioids, such as heroin and prescription painkillers.

In May 2016, the FDA approved , the first buprenorphine implant designed to treat opioid dependence. Like methadone and naltrexone, Probuphine is designed to help individuals recover from an opioid addiction by alleviating cravings and withdrawal symptoms without creating a euphoric high. By stabilizing the patient and reducing the sometimes overwhelming cravings associated with opioid addiction, the individual is better able to engage in treatment and therapy.

The Probuphine implant is made of four rods that are inserted into the upper arm. The rods administer a continuous dose of buprenorphine into the bloodstream for a treatment period of 6 months—making it a convenient alternative to the other forms of buprenorphine (daily pills and dissolvable films). The drug is prescribed to patients who are currently stable on low-to-moderate doses of buprenorphine. Probuphine is not recommended beyond two 6-month treatment periods (which would necessitate sequential rod insertion into each arm).

This medication presents advantages over other maintenance medications like methadone. Specifically:

NOTE: If the implant does get expelled or removed, there is potential for either accidental exposure or intentional misuse.

Methadone is a full opioid agonist, which means that it produces similar effects to other opioids. However, because it is longer-acting than drugs like heroin, the effects are milder and shouldn’t significantly impact the individual’s ability to function.

Methadone is used to alleviate withdrawal symptoms and drug cravings in those addicted to heroin or painkillers. In fact, one dose can prevent cravings and withdrawal for up to a day and a half, according to the Center for Substance Abuse Treatment (CSAT). In order to prevent abuse, methadone is administered in a clinic on a set schedule.

Despite its relatively mild effects (no extreme highs associated with it), those taking methadone would likely still experience unpleasant withdrawal symptoms if methadone therapy were to suddenly stop, so it’s important to talk to your doctor if you want to go off methadone.

Below are some common side effects of methadone: 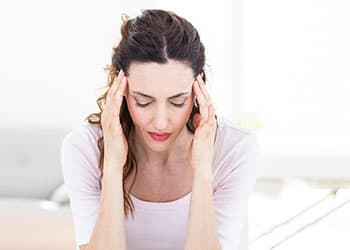 These side effects may be somewhat troubling, but rarely present any danger. One should seek medical help immediately should the following, more serious effects be present:

Naloxone is an opioid antagonist, which means that it blocks the activity of opioids at the receptor sites – potentially reversing or preventing life-threatening overdoses. A naloxone injection may be administered in a medical emergency to those who are experiencing an opioid overdose. As a potentially life-saving intervention, both opioid users and family members should understand how naloxone works and how to use it in the event of an overdose.

Naltrexone, which can come in an injectable or pill form, is used to treat patients who suffer from an addiction to alcohol or opioids. The injectable version is called Vivitrol. It may be administered intramuscularly, and therefore only requires monthly dosing. Oral dosing occurs once a day. Unlike buprenorphine and methadone, naltrexone lacks potential for diversion and abuse.

Naltrexone works by blocking the opioid receptors. What this means is that if you take the drug and then take alcohol or opioids, you won’t experience the usual euphoria or “high” associated with those substances. It may also decrease the general urge to use opioids or alcohol.

It’s important to note that naltrexone decreases your tolerance to opioids, so relapse can potentially be dangerous if you return to taking the amount you once did. Overdose and fatal respiratory depression may result.

Conversely, there aren’t any risks associated with drinking while taking the appropriate amount of naltrexone. When taken in excess, it can lead to severe liver damage, which is why patients should follow their doctor’s instructions carefully. Within prescribed parameters, there aren’t any specific contraindications to using naltrexone concurrently with alcohol. Despite any overt effects to serve as a deterrent to drinking however, it will still aid in decreasing drinking behaviors due to the lack of euphoria experienced. While naltrexone blocks the individual from experiencing fully the rewarding effects of alcohol, it does not decrease the other intoxicating effects, such as impaired judgment and coordination.

Some side effects associated with naltrexone treatment include:

Disulfiram (Antabuse) helps to curb drinking behaviors by eliciting unpleasant effects when alcohol is consumed, discouraging the desire to drink. The unwanted effects, which appear about 10 to 30 minutes after alcohol consumption, include: 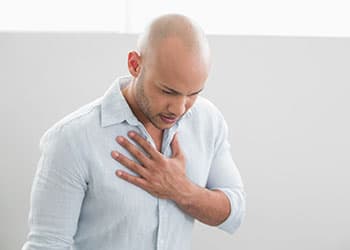 The effects last for about an hour and are meant to deter the individual from engaging in drinking behavior. The severity of these reactions is thought to be related to the dose of disulfiram the patient takes and the amount of alcohol consumed.

In order for a person to have success with disulfiram, they must be motivated to stay sober. Otherwise, they may become noncompliant with the treatment schedule and begin drinking again. But for highly motivated individuals, it can be an extremely useful tool, especially in triggering social situations involving alcohol (parties, bars, etc.)

Acamprosate (Campral) is another medication used to prevent relapse and promote abstinence in those who are dependent on alcohol. Per the Center for Substance Abuse Treatment, alcohol abuse can lead to neurological adaptations in several neurotransmitter systems, such as glutamate and gamma-aminobutyric acid (GABA). When the brain becomes used to the presence of alcohol, a new “equilibrium” is set and maintained only when alcohol is present in the system. When alcohol use suddenly slows or stops altogether, the balance may tip towards a hyper-excitatory state. Although the mechanism of action isn’t entirely understood, as a GABA analogue, acamprosate may normalize the brain’s balance of excitatory and inhibitory neuronal activity. In doing so, it may lessen the post-acute withdrawal symptoms that may lead to relapse.

Some common side effects of acamprosate use include:

Typically, these side effects are mild and disappear within a few weeks of taking it. More serious adverse effects include depression and suicidal ideation. If you experience either of these, talk to your physician right away.

The Substance Abuse and Mental Health Services Administration (SAMHSA) states that acamprosate does not have potential for abuse and doesn’t produce any negative effects when alcohol is consumed while taking it. Furthermore, this medication is an optimal choice for those with liver damage, as acamprosate isn’t metabolized by the liver and so will not cause further hepatic complications.

Protocol for Use of MAT

Conversely, you may not be an ideal candidate for medication-assisted treatment if you have:

The Hunt for New Medications

One of the biggest challenges in MAT is the abuse of medications prescribed to treat cravings. Some users face such intense cravings that they begin to abuse the treatment medication itself, which defeats the purpose of the pharmacotherapy. There has been a major need for abuse-resistant medications to help ease addiction cravings, and researchers are starting to uncover some solutions.

One new medication that has shown some promising results is called OMS405 from the biopharmaceutical company Omeros. OMS405 has been associated with a reduction in cravings and anxiety in heroin-addicted patients when taken along with buprenorphine/naloxone 15. Its utility as a treatment drug potentially extends beyond cases of heroin dependence, as it has also been associated with a reduction in cravings and restoration of the brain’s white matter integrity in cocaine-addicted patients 15. While still in clinical trials, drugs like this are paving the way for improved addiction treatment and immense help for individuals working toward abstinence.

Medication alone is not enough to help a patient achieve and maintain abstinence in the long term.

Effective addiction treatment addresses the whole person and combines the use of:

Use of medications can help the patient to remain clean while the behavioral therapies address underlying issues related to substance abuse, help to promote a positive self-image, rectify negative thoughts, feelings, and behaviors, and teach and build healthy coping skills. This therapeutic combination is at the core of medication-assisted treatment.

Finding a Program that Incorporates MAT

If you or someone you love is suffering from an addiction to opioids or alcohol, call 1-888-744-0069 to speak to a treatment support specialist and find a recovery program that incorporates medication-assisted treatment.