Individuals caught in a downward spiral of substance abuse and addiction constantly look for ways to enhance or maintain the high produced by their substance of choice. They may take more of their drug, take it more often, or find some other way to misuse and tamper with the drug to change the effects. In the case of methadone, some users will choose to snort the medication to boost its effects.

So what is methadone? It is a medication that has been used for many years in the treatment of opioid addiction 1,2,3,4. Methadone is helpful for this purpose because it can:

Methadone itself is an opioid, which means it acts similarly to heroin and other opioid painkillers in the body, changing the way the brain perceives pain 4. Methadone is about as potent as morphine, but as a longer-acting opioid, its effects are spread over a longer period—effectively reducing its potential to create a powerful, rewarding rush. It can remain in the body for as long as 59 hours after consumption 1. It is this extended action that makes methadone a good choice for medication-assisted treatment (MAT) for addiction methadone can be abused to create a high, especially when used in large amounts or when the method of consumption is changed (e.g., nasal insufflation vs. oral administration).

Although there is a risk of addiction for anyone who consumes methadone, it is generally safe and effective when used exactly as prescribed. Problems arise anytime the substance is tampered with because the effects become less predictable and more dangerous.

When a substance is snorted instead of ingested orally as prescribed, the speed and intensity of effects are changed. In terms of speed of onset of effects, a substance that is snorted acts more quickly than when it is used orally because it can enter the bloodstream faster. When snorted, methadone is first absorbed through the mucous membranes in the nasal passage before entering the bloodstream, which then carries it to the brain 5. Oral consumption of methadone is a relatively slow route of administration because it must pass into the stomach and intestine before it can enter the bloodstream 5. Additionally, in the case of oral ingestion a drug begins the process of being metabolized and cleared from the body (i.e., first-pass metabolism) even before it initially reaches the brain 5.

Studies looking at the efficiency of different routes of methadone administration showed that the maximum effects of nasal intake were achieved in just 30 minutes (based on a measure of the pupil diameter) 6. Using the same scale, oral consumption took 4 times longer (2 hours) to reach its maximum effect. When snorted, maximum levels of methadone in the user’s plasma were reached in just 7 minutes and were still observable 10 hours later 6.

In terms of intensity, the routes of administration that lead to the quickest onset also lead to the most intense effects. Since smoking and injecting a drug will lead to the quickest onset, effects will be strongest via these routes. This occurs because the entire dose will be available in the body in a shorter amount of time, which causes a higher concentration of the drug in the brain 5,7. Snorting methadone will not produce a high as intense as smoking or injecting, but it will be more intense than what comes with oral consumption 5.

The increased strength of effects brought on snorting translates into danger because the individual abusing methadone may be unprepared for the impact of the drug. Their body might not have the ability to manage the drug’s influence, which can result in many adverse consequences as severe as death from respiratory depression 3,7.

The most serious physical side effects of methadone are 3,4:

Some users may experience mental health symptoms if they abuse methadone. Psychotic symptoms related to high amounts of methadone may include agitation and hallucinations.

Snorting methadone, in particular, is associated with a burning sensation in the nose immediately following use 6. When abusing opioids, the individual can encounter other unpleasant and sometimes damaging effects of nasal insufflation ranging from uncomfortable and embarrassing to dangerous. They include 8:

Can Snorting It Cause an Overdose?

Yes. Snorting methadone can cause an overdose. In fact, the CDC reports that methadone is one of the top 3 drugs involved in prescription opioid overdose deaths 12. 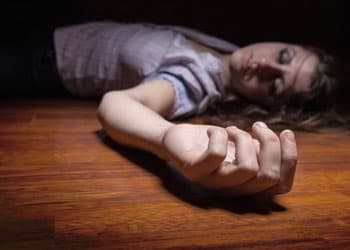 Signs that someone has overdosed on methadone include 1,2,4:

The risk of overdose can be reduced or avoided by taking the substance as prescribed. Other tips to avoid methadone overdose include the following 2,3,4:

In the case of overdose, a medication called naloxone may be able to reverse its potentially lethal effects. Naloxone is an opioid antagonist—essentially an opioid antidote—that blocks the methadone from attaching to opioid receptors 3.

Signs That Someone Is Addicted

To reduce rates of methadone abuse, use is strictly monitored by the various opioid treatment programs (OTP) to distribute it. Addiction continues to be a concern, however, especially given that people are allowed to take their doses home 2. Additionally, like any other drug, methadone is also available illicitly and is sometimes shared or sold by those with prescriptions.

Those abusing or addicted to methadone will typically manifest common behavioral indicators that display the individual’s strong urges to get more and use more of the drug, even when it can endanger themselves or their loved ones 9. Signs of methadone addiction include 9:

Getting Help for Methadone Addiction

Someone unable to stop abusing methadone may face uncomfortable withdrawal symptoms that present when use is decreased or eliminated. Methadone withdrawal will commonly begin within 2 days after last use and may last for about 3 weeks 10. 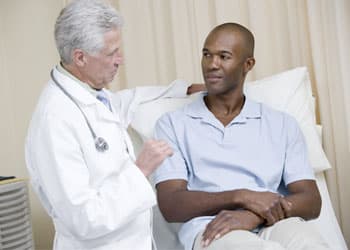 Getting help in a professional detox program can help the user to overcome withdrawal and begin addiction treatment with a reduced risk of relapse.

During detox, a taper is often used to wean the user off methadone. Instead of abruptly ending use, treatment providers will commonly prescribe the drug to the individual in progressively smaller doses, or until symptoms can be adequately managed by non-opioid medications, such as the ?2 agonist drug clonidine 10. Clonidine was originally used to treat blood pressure, but now the substance is used as an adjunct to the opioid tapering process to terminate methadone use. Detoxification treatment with clonidine administration can be completed in as little as 2 to 3 weeks 10.

Methadone is a powerful opioid substance that can be very challenging to quit. To find recovery support in a treatment program, call today to speak to a rehab placement advisor about your situation.