Suboxone is a mixture of naloxone and buprenorphine. It’s typically used in the management of opioid abuse and withdrawal. It can be given to people to facilitate detox, withdrawal and the early stages of opioid abuse recovery, as well as be used in the longer-term–as a maintenance medication to reduce the risk of relapse with more dangerous substances.

Buprenorphine is a partial opioid agonist. Its moderate activity at the brain’s opioid receptors can help to reduce the effects of withdrawing from an opioid such heroin. As an opioid receptor antagonist, naloxone counteracts opioid overdose but also serves to prevent more potent opioids from fully delivering their euphoric effects. Suboxone is available in tablet form, as well as a sublingual film that dissolves upon insertion under the tongue.

Suboxone is a beneficial medication that aids in the treatment of opioid addiction. However, as an opioid drug, Suboxone abuse and addiction can occur. People may buy, sell, or trade their Suboxone, take Suboxone that is not prescribed to them, or take inappropriate doses of Suboxone. 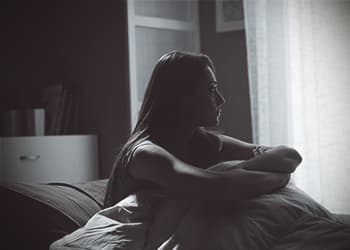 The above may be indicators of addiction–the continued use of a substance regardless of the negatives that stem from it. Using Suboxone in ways other than described is dangerous and illegal.

Though Suboxone is designed to end the abuse of opioids, continued use of Suboxone can lead to dependence, which is the state of needing the drug to function and feel normally.

The desired effects of Suboxone use include:

Because of the last effect, people that are on heroin or painkiller medications may seek out Suboxone illicitly to manage the unwanted results that occur when an opiate is not available. However, if Suboxone is taken while an opioid drug is still in the system, it can precipitate opiate withdrawal symptoms.

The side effects of Suboxone depend on the dosage and whether the drug is used in combination with other substances. Side effects may include:

Additionally, first dissolving, and then injecting Suboxone can cause serious vascular inflammation and infections in addition to hastening several other severe effects of excessive opiate use.

Perhaps the most serious side effect of Suboxone and similar drugs is the potential for abuse and addiction, which can in time lead to severe health effects and overdose.

Suboxone contains buprenorphine, and it’s very hard to overdose on this particular drug; however it is possible. The risk of overdose is increased when it is combined with other drugs, such as alcohol and benzodiazepines, to give a more intense high. This can cause extreme and widespread depression of a number of physiological processes–including slowed breathing and heart rate, coma and even death.

Seek immediate medical treatment if you experience the following symptoms:

As with any opioid, Suboxone abuse treatment follows a pattern dependent on the needs of the person in recovery. The first stage is detox, where you’ll be tapered off the drug until you are withdrawn from the substance altogether.

Once this stage is over, you’ll be given counseling and therapy, which will explore the reasons for your addiction. You’ll also be given psychological tools to combat the addiction, often in the form of cognitive behavioral therapy. This treatment can occur in a residential rehab or outpatient setting. Each setting has benefits based on the specific needs of the person in recovery.

Once outpatient treatment is established, many people will be referred to join peer support groups, such as a 12-step program, that will support you in your recovery. Active participation in a support group setting provides access to mentoring, fellowship, and shared experiences, and can be very helpful for people in various stages of recovery.

According to the Drug Enforcement Administration:

To prevent teen Suboxone abuse before it begins:

Naturally, the manufacturer’s website can be quite useful–although it is being used as a means of advertising. The FDA also has a number of questions and answers about Suboxone.

Share your story today and find support at our community forum.