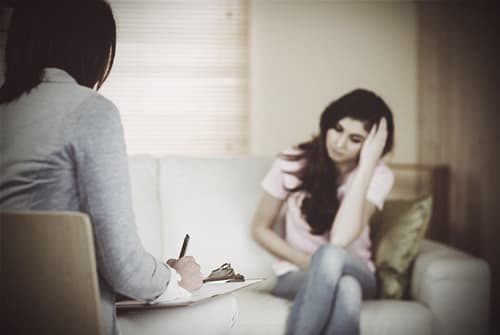 Rational emotive behavior therapy (REBT) is a psychological orientation created by Albert Ellis in the mid-1950s that puts the focus on thoughts and beliefs. Ellis created this orientation in response to the prevalent therapeutic types of the time. In the 1950s, psychological theory and therapy were dominated by psychoanalysis and behaviorism. Ellis began as a trained psychoanalyst but began to view the style as something that only addressed the surface of the client’s needs and could even make symptoms worse. It’s never too late to start your journey to recovery. Call and get help today.

Ellis thought these theories were incomplete because they did not attend to the thoughts of the individual. He believed that it was the patterns of thought that lead to the development and perpetuation of psychological issues like depression and anxiety. This concept became the central focus of his theoretical orientation, REBT.

The Importance of Beliefs

Ellis wanted to give more attention to the thought processes of people, but he took it a step further to focus on their beliefs. He saw a belief having two components:

Ellis recognized that people have many beliefs that guide their lives. He separated these beliefs into the categories of positive beliefs and negative beliefs:

Having more negative beliefs will make someone feel worse, and more positive beliefs will lead to increased happiness and a greater sense of well-being. Ellis wanted to find ways for people to develop more rational, emotive beliefs. This is where the name rational emotive behavioral therapy came from.

The focus on beliefs is the center of REBT. REBT works with the notion that situations and events in life do not lead to the unwanted feelings or symptoms; rather, it is the individual’s beliefs about the event that lead to the consequence. Instead of saying, “This person made me use drugs,” REBT would focus on the belief, making statements like “This person offered me drugs, and I believed that they would solve my problems, so I used.” In REBT, that faulty belief in the middle is the problem, even more so than being offered to use a substance.

To illustrate this point, REBT uses the ABC model (sometimes called the ABC Theory of Personality or the ABCDE Model of Emotional Disturbance). In this theory:

The Power of Beliefs

Consider the following examples of the ABC model, noting how differing beliefs can lead to a range of consequences — even when the activating event remains the same.

B – You believe your spouse is a lying, cheating jerk.

C – You feel angry and irritable. You yell at your spouse and demand that they leave.

B – You believe your spouse is a loving and caring person, and maybe they got caught up at work.

C – You feel happy to see them and ask if they had a nice day.

B – You believe your spouse is weak, fragile, and easily hurt.

C – You feel worried and scared. You considered calling the police and local hospitals to find them.

This exercise could go on endlessly, which illustrates the power of beliefs. A range of consequences can stem from only one activating event since the belief filters the information and distorts it into something different. Looking at the examples above — it is easy to see which belief is the positive one and which are the negative ones.

In the ABC model, disputing irrational beliefs comprises the D. For there to be an improvement in symptoms and functioning, one must challenge his irrational beliefs. By doing this, the person will reduce the negative influence the thought pattern has on their life and, in turn, leave room for more rational thoughts to emerge.

Ellis understood that each person has some level of irrational beliefs, and that it was impossible to completely remove all irrational beliefs from the thought process. The goal of disputing beliefs is to reduce the major contributors to unwanted thoughts, feelings, and behaviors to result in lowered symptoms.

The process of disputing irrational beliefs is broken down into 3 steps. They are: 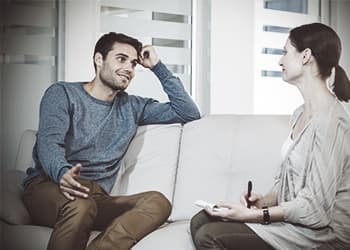 1. Detect. Before you can dispute an irrational belief, you have to recognize the presence of a belief. Along the way, you can gain an understanding of where it came from and the role it serves. The act is accomplished by being more aware of your thoughts and reactions to situations. Asking, “Why do I feel this way?” is a great starting point.

2. Debate. Once the belief has been identified, you can begin weighing the evidence for the belief being accurate or inaccurate. Defending both points of view can lead to a clarified perception of the situation.

3. Decide. The final step of the disputing process is to decide if your belief is rational or irrational. The best way to determine this will be to note the consequence of the belief. Many beliefs that lead to unwanted consequences are irrational.

What Should I Expect in REBT?

Beginning treatment in REBT will be an easy process, but asking for REBT by name may lead to some confusion. During the same time Ellis was working on REBT, a person named Aaron Beck was creating his own brand of therapy called cognitive therapy. Over the years, the ideas of these two men began to merge because of their similar goals and views. Now, both of these therapeutic orientations exist under the umbrella term of cognitive-behavioral therapy (CBT).

A session that involves REBT or CBT will last for about an hour with the therapist serving as an educator and a teammate interested in aiding your ability to accomplish your goals and lead a happier life. They will work with you to identify and dispute your irrational beliefs, since the process can be intimidating and overwhelming at times. Additionally, your therapist can suggest alternate ways of thinking that will aid in symptom relief.

The total course of treatment can be as short as a few sessions or as long as years depending on your needs. To find a treatment program that incorporates REBT or any other therapy type, call today.

How Does REBT Aid in Addiction Recovery?

If someone is facing recovery from addiction, REBT will inspect many of the beliefs that encouraged use in the beginning, maintained use through addiction, and are contributing to cravings or yearning for the substance in the present.

Also, REBT will impress the importance of acceptance in 3 forms:

REBT is a useful therapeutic tool because it works alongside other helpful interventions including:

REBT is used to treat a host of physical and mental health issues as well as addictions. Best of all, REBT is a low-risk treatment style with a great deal of potential for positive gain. To find a program that incorporates REBT and/or other treatment types, call to speak to a treatment support specialist today.