What is Post-Acute Withdrawal Syndrome?

Post-acute withdrawal syndrome refers to a collection of symptoms experienced by some individuals who are addicted to alcohol or certain drugs after a prolonged period of withdrawal.1

Post-acute withdrawal syndrome is separate and distinct from the acute phase of withdrawal, which typically occurs in the first two weeks after drug cessation.

Acute withdrawal has long been studied by addiction researchers and, dependent on the type of drug from which withdrawal is occurring, is characterized primarily by physical symptoms. These symptoms may include:2

There is a myriad of symptoms associated with post-acute withdrawal syndrome.1, 3 Though each of these are common among people withdrawing from drugs and alcohol, the exact number, combination, and timing of specific symptoms is different for each individual. Physical differences between people, as well as differences in the types of drugs used and the amount and frequency of use, all affect a person’s experience of post-acute withdrawal syndrome.

These are some of the most common manifestations of post-acute withdrawal syndrome but not a comprehensive list. One unifying theme among these symptoms is that they all impair various facets of an individual’s emotional state. Another common aspect of these symptoms is that they are intermittent and may come and go over days and weeks, and they generally do not impact a person to the same extent over the entire course of their withdrawal.

A substance use disorder causes significant changes in the brain.1 These changes affect a person’s behaviors, thoughts, decision-making, and emotions. When these changes in the brain continue long after the acute withdrawal period into post-acute withdrawal syndrome, pursuits such as dealing with stress and difficult situations, finding interest and joy in normal activities, and more can become problematic.

Some classes of substances are more commonly associated with a protracted withdrawal period than others following relatively prolonged abstinence from the drugs.1, 3 However, as previously noted, few rigorous scientific studies have been conducted into the etiology of post-acute withdrawal syndrome, so the following list of drugs that cause this syndrome is not exhaustive.

Of all drugs, prolonged withdrawal resulting from ceasing alcohol intake has received the most scientific attention. Studies examining symptoms now attributed to post-acute withdrawal syndrome have been published in medical journals since the 1990s.

Alcohol is a sedative drug and works, in part, by activating gamma-aminobutyric acid (GABA) receptors in the brain. Increased GABA activity inhibits, or decreases, brain activity overall, and the brain adapts to counteract chronic inhibition. An individual who has become dependent on alcohol will find that their nervous system is overactive, or hyperexcitable, when they stop drinking.

Initially, this hyperexcitable state can lead to seizures and tremors, but less severe symptoms such as sleep disturbances, mood swings, anxiety, and lack of sexual interest can continue for several months or even years. Though gradually decreasing the amount of alcohol ingested over time, or tapering, can help reduce the intensity of acute withdrawal, this strategy appears to be much less effective for the longer-lasting symptoms of post-acute withdrawal syndrome.

Similar to alcohol’s mechanism of action, benzodiazepines (BZDs) such as diazepam (Valium) or alprazolam (Xanax) are GABA receptor activators, and their chronic use also causes the brain to adapt by switching to a hyperexcitable state. Withdrawal symptoms are common with this class of drugs, even in patients who take them strictly as directed and under a doctor’s supervision.

Most modern antidepressant drugs are selective serotonin reuptake inhibitors (SSRIs) such as fluoxetine (Prozac) or serotonin-norepinephrine reuptake inhibitors (SNRIs) such as venlafaxine (Effexor). They work to raise the levels of one or both neurotransmitters (serotonin and norepinephrine) in the brain by blocking their reabsorption by nerve cells.

The exact mechanism of how these drugs work to improve depression in patients is the subject of scientific debate, but almost certainly involves adaptive changes in the brain since there is a delay of several weeks to a month before patients derive benefits from these medications. It is unsurprising, therefore, that long-term effects are commonly reported when patients stop taking these medications.

Long-term symptoms of opiate withdrawal are commonly reported in individuals recovering from opioid addictions. Both pharmaceutical and illicit opioid painkillers such as oxycodone (OxyContin), hydrocodone (Vicodin), codeine, or heroin, can elicit post-acute withdrawal syndrome symptoms such as anxiety, fatigue, and sleep disturbances in dependent individuals when they stop taking these drugs.

All opioid drugs work by activating opiate receptors in the brain and spinal cord, which modulates perceived pain levels, induces a feeling of well-being, and produces, at high doses, a euphoric high.

The body adapts to chronic overstimulation of opioid receptors by increasing the number of them on the surface of brain cells, so that more receptors need to be activated by opioid drugs to produce an effect.

Also, the number of endorphins, the natural chemicals that activate opiate receptors, is decreased in chronic opioid drug users as the body compensates for overstimulation of this system. These adaptations by the nervous system reduce opiate signaling to the brain and have been linked to increased pain sensitivity and mood disturbances in individuals addicted to opiates.

These changes can take months or even years to completely reverse themselves and for opiate signaling to return to normal levels. Some researchers have been experimenting with indirectly increasing opiate signaling in patients recovering from addiction with low-dose naloxone (Narcan) to alleviate symptoms of post-acute withdrawal syndrome.

Stimulant drugs such as cocaine and amphetamine provide some of the clearest evidence that post-acute withdrawal syndrome is a true medical condition, and not simply an extension of acute withdrawal.

The psychological symptoms of post-acute withdrawal syndrome such as paranoia, anxiety, impulse control problems, depression, and other emotional regulation issues are frequently observed in chronic users who stop stimulants suddenly.

Similar to other drugs, these symptoms are thought to be caused by adaptations in the brain to long-term stimulant use, and they can take several months or longer to resolve themselves.

It is not certain that post-acute withdrawal syndrome is restricted only to certain classes of drugs.

It has been proposed that marijuana, antipsychotic medications, and anabolic steroids, in particular, can also induce post-acute withdrawal syndrome-like symptoms in those who stop taking these drugs after a period of chronic use.

Although the examples listed above reflect the most commonly encountered causes of post-acute withdrawal syndrome, the lack of recognition of this syndrome by medical societies and diagnostic guides means that many physicians are not looking for it in their patients and may miss it altogether.

Genetics and physiological factors are likely to play a role, however, since post-acute withdrawal syndrome can manifest differently in two individuals who have used the same substance in the same manner. Because so little research has been conducted into this syndrome, it is not possible to predict in advance how someone will be affected.

The Challenges of Post-Acute Withdrawal Syndrome

In addition to the subtle and unpredictable symptoms of post-acute withdrawal syndrome, individuals in recovery frequently experience challenges stemming from the fact that this syndrome is not universally recognized in the medical community and little scientific research has been conducted into the causes of and treatments for this condition.

Though its existence is widely accepted among recovery professionals, post-acute withdrawal syndrome is not officially recognized by any medical associations, nor is it listed in the American Psychiatric Association’s Diagnostic Statistical Manual of Mental Disorders (DSM), the standard classification of mental disorders used by all mental health professionals in the United States.

Effects of this syndrome may then continue for anywhere from 2–3 months to several years. There are anecdotal reports of individuals who continue experiencing prolonged withdrawal for the rest of their lives, though this appears to be extremely rare.

It is important to remember that symptoms of post-acute withdrawal syndrome come and go. Most people do not experience excessive fatigue or anxiety for months or years on end, without a break. Instead, these symptoms fluctuate, lasting days or weeks, and are separated by periods that are symptom-free.

How to Manage Post-Acute Withdrawal Syndrome

Though it can be upsetting, post-acute withdrawal syndrome is a normal part of the recovery process from dependence and addiction. It is important to be aware of the symptoms of prolonged abstinence from substance misuse since some of these negative symptoms can be discouraging to recovering individuals and tempt them to return to drug use.

Steps that can be taken to manage post-acute withdrawal syndrome and improve your well-being during recovery include:1

Most importantly, be patient and take it easy on yourself. Though the experience of post-acute withdrawal syndrome can be unpleasant and frustrating for both the recovering person and their friends and family, these symptoms will subside with time. Patience and understanding are therefore the keys to successfully navigating post-acute withdrawal syndrome and learning how to live a healthy and happy life in recovery.

If you are seeking addiction treatment, get started today by locating a treatment program near you or checking your health care coverage to find out what services may be covered. We can help you get started. Call . 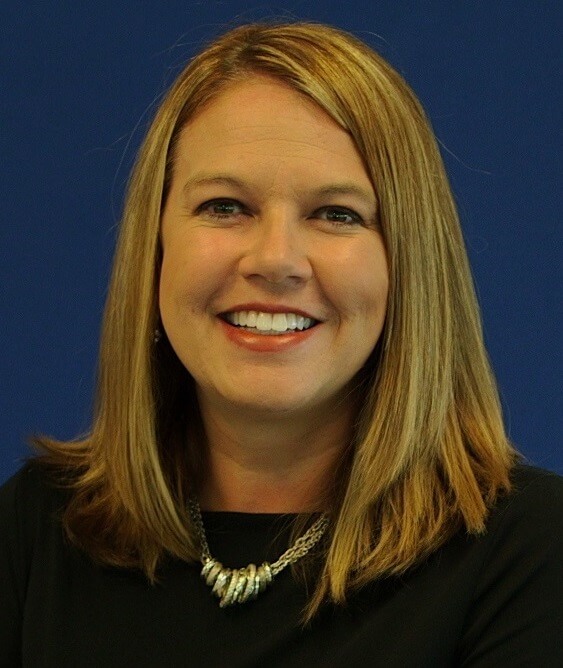 Jennifer Fifield, M.S.
Senior Web Content Editor
Jennifer Fifield is a Senior Web Content Editor at American Addiction Centers and an addiction content expert for drugabuse.com and recovery.org. She holds a bachelor's degree in Broadcast Journalism and a master’s degree in Health Promotion Management. Jennifer has served as a content editor on numerous articles, web pages, and blog posts within the medical, dental, and vision industry. She has 15+ years of experience in higher education including writing/editing, administrative, and teaching positions within the health/wellness, accreditation, and health communications areas.